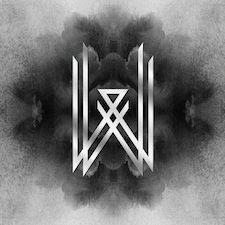 Wovenwar may be a new band, but its members are certainly not newcomers to the metal scene. They are the band made up of the former members of As I Lay Dying, which is on an indefinite hiatus. Shane Blay of the metalcore band Oh, Sleeper has taken on vocal duties, but Wovenwar, with their self-titled debut album, is anything but metalcore. This new band has much more straightforward approach to metal, and their sound will definitely be more appealing to a wider audience.

Wovenwar begins with "Foreword", an electronic intro that is heavy on the keyboard and drums. It is an instrumental with some muffled, indecipherable vocals at the end. "Foreward" isn't too indicative of the sound that is to come from the rest of the album, but I could imagine it playing as the band takes the stage for a live show.

"Foreword" goes straight into the hard hitting "All Rise", which is Wovenwar's debut single. This track has great intro riffs from guitarists Nick Hipa and Phil Sgrosso. It has a driving, militant rhythm, and the chorus of "You have the chance to rise again" is memorable and powerful.

Wovenwar is filled with many more heavy rockers. "Death to Rights" is very heavy, especially with Josh Gilbert's bass and Jordan Mancino's drumming. It has a killer guitar solo, albiet a short one. It has a classic metal feel to it. "Moving Up" is another stand-out track. It has a catchy melody right from the start, and it has the potential to be a hit single. It has this cool underlying "chugging" riff, and the lyrics, "The version of our time / the way I kept you down / and how moving on is moving up" really stick with you. "Sight of Shore" is another good modern metal track with great lyrics about being consumed by the desire for vengeance. "Matter of Time," with its Slayer-inspired intro riffs is an intense song with an aggressive rhythm.

A few songs break this pattern, however. "Father/Son" slows things down. It is mostly acoustic, with a prominent steady beat. Shane Blay's vocals are ultra melodic on this one. It is atmospheric and has some electronic effects, building up to a heaviness toward the end. "Father/Son" is totally different from any of the other tracks, almost like an alt rock crossover. Similarly, "Prophets" features an acoustic intro and melodic vocals, but it later becomes much more forceful. The lyrical theme of "It's always the loudest who voice only their ignorance" is resonant and thought-provoking. "Prophets" also leads into the slow, percussive instrumental finale, "Onward".

Wovenwar is a solid effort from this new, yet veteran, band. Fans of As I Lay Dying and Oh, Sleeper will love the heavy and explosive riffs, but they may have mixed feelings on the tamed vocals. I find Shane Blay's vocals to be enjoyable and feel like they make Wovenwar more accessible to classic metal and the more conventional hard rock fans. The single "All Rise" certainly has me hooked, and I look forward to seeing Wovenwar do big things and become a name just as well know as its predecessor.