An Evening With the Black Crowes: A Mini Review 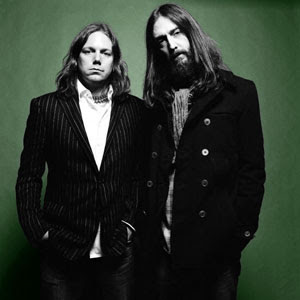 The Black Crowes brought an eclectic mix of blues, country, and rock 'n' roll to the Historic Tennessee Theatre the evening of September 16th. I've always been a casual fan of this band, and I was thrilled to finally see them live.

Going in, I didn't really know much about The Black Crowes' live show or what to expect from this band with such a volatile relationship. However, when I came out of the theatre, I was quite impressed with their musical skills and onstage stamina.

The Black Crowes shied away from playing many of their well-known hits this evening. Instead, they opted for long, intricate improvisational jams mixed in with some deep cuts for the die-hard fans. In the first half of their set, they did, however, play "Jealous Again." During second half, they played what is probably their biggest hit of all, "Hard to Handle." Their performance was very electric, which I thought was rather odd, seeing as how the band has just released an acoustic reworking of their greatest hits called Croweology.

At first, I thought to myself "Wow! I don't know many of these songs." But after awhile, that didn't matter. I was having so much fun sitting back and listening to the soulful, bluesy rock sounds of this one-of-a-kind band. It was also a trip to watch gangly lead singer Chris Robinson dance around the stage with his tambourine while his brother Rich played a wide variety of skillful and fascinating guitar solos. The Black Crowes' show is more than a concert. It is a two-and-a-half hour musical experience-- one that most bands around would be hard pressed to find the spirit and stamina to perform.
Posted by RockMaidenBritt at 8:23 PM 1 comment: