Sevendust, Call Me No One members join Tennessee couple in new band 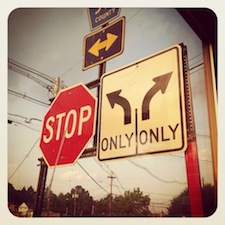 Guitarist Chad Grennor and singer Ashley Grennor currently hail from Knoxville, Tennessee, and are active in its local music scene. They are rising stars and are moving onto bigger things, as they have formed a new band--Annandale--with Sevendust and Call Me No One guitarist Clint Lowery and drummer Morgan Rose. Annandale will soon be releasing their debut EP, Moving Forward, which Lowery produced.

Moving Forward kicks off with the hard and heavy track "This Fight". One thing that makes this song--and the band itself--unique, is the use of a male vocalist and a female vocalist. Annandale's female vocalist, Ashley Grennor, is featured most prominently on "This Fight". Her singing alternates between being strong and being lighter and breathy. The band's rhythm guitarist, Chad Grennor, shares the singing duties, and the chorus features his vocal harmonies. Another thing that makes this track really exciting is the highly suspenseful build-up before the bridge.

Next comes the EP's title track, "Moving Forward" and it’s a bit heavier than the previous one. The verses are mainly sung by Ashley and they are quite melodic. This really contrasts with the angsty, hard-hitting chorus sung by Chad. This song's chorus is faster, and has more of an alt-rock feel to it. "Moving Forward" boasts a fantastic guitar solo with some blistering fast hard rock notes.

"Step One" has to be my favourite track from Moving Forward. It is the catchiest song from the EP, and I can't wait to hear this one on the radio. The song's intro features some heavy, pronounced drumming courtesy of Morgan Rose. The fast guitar quickly kicks in, as do the rapid rhythmic vocals from Chad. Ashley provides some much calmer harmonies in the chorus. The riffs are certainly hard and fast on this one!

"Waiting" is much more relaxed than the previous tracks. It has sort of a pop rock feel, but the guitar riffs are still substantial. The vocals on this song are sung as a duet, and it kind of reminds me of a rock version of country music's Lady Antebellum.

The final track, "Broken Dreams", is very low and dark sounding in the beginning, and it's probably the heaviest song from Moving Forward. The riffs on this one really pack a punch, especially in the guitar solo. Chad's vocals are the most prominent, but Ashley's really provide depth to the song. The style of the song--and the heavy use of the male vocals--are reminiscent of a band like Daughtry.

Annandale's Moving Forward EP features a wide variety of sounds--pop rock, alternative, and hard rock bordering on metal. While there are surely some Sevendust and Call Me No One influences, this band is purely original and certainly has its own vision. As a fan of both Sevendust and the Grennors' work in the Knoxville music scene, I am ecstatic this band has come to be, and I am excited to see where they will go.