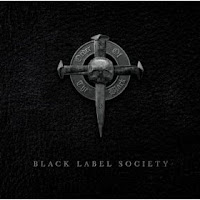 This month, Berzerker extraordinaire (and guitar god) Zakk Wylde and his band Black Label Society released the long-awaited album Order of the Black--their latest since 2006's Shot to Hell. Fresh off of the Ozzfest stage, Black Label will soon be embarking upon their "Berzerkus" tour, which Wylde (and fans alike) have been blazing Twitter and other online social networks to promote.


Order's first single "Parade of the Dead" hit radio in June. Like the title suggests, the creates imagery of zombies and the undead. It's fast paced, heavy, and a good choice as the album's first single. A second single, "Crazy Horse" was also released in June. It is Order of the Black's opening track, and I fell in love with it on first listen when radio host Eddie Trunk played it on his Q104 show. "Crazy Horse" sets this album up to be a 21st Century heavy metal masterpiece. Zakk's guitar solo is fantastic. It is fast, crisp, and clear.

Placed in between those two tracks is "Overlord"--a strong and heavy number with outrageous roaring riffs. The chorus is memorable, and the very end of the song, Zakk (being the jokester that he is) repeatedly sings "she is my overlord" in a very comical voice.

Order of the Black contains four ballads--two of which are "Time Waits for No One" and "Shallow Grave." "Time Waits for No One" has similar sound to Black Label Society's previous ballads. It is a beautiful, piano-heavy song about accepting how we cannot change time and that we only have a finite amount of time on Earth. The song's line that begins with "no final curtain call" is the total "lighter moment" that rock fans have been awaiting for years.

On the other hand, "Shallow Grave" blew me away because of how unique it is. It has the same intense and emotional lyrics as Black Label's other ballads, but it features an interesting change in musical style. As my friend and metal enthusiast (the infamous @JohnRiot of Twitter) best described it, the band "really out Coldplayed Coldplay" with this one. When if first heard it, I did noticed that it had sort of a somber alt rock feel to it. The pace, the tone, and some of the instrumentation of it were much like a Coldplay or Snow Patrol song. The lyrics about mourning the physical and/or emotional death of oneself fit this type of music very well. This song is without a doubt in my top three from Order of the Black.


"Godspeed Hellbound" is another one of my favorite rockers from Order of the Black. The guitar and drums are extremely fast, and it's great for cranking up even louder than it already is. This is an energetic and anthemic song that is fun to drive or exercise to--much like "Fire it Up" from their 2005 release Mafia.


Despite Zakk's recent publicized health issues, fans would never be able to detect any weakness upon listening to this album . His playing is still impeccable, and the powerful vocals he is known for are even better and more soulful than ever.
And even though I have vehemently expressed my disappointment for Zakk leaving Ozzy Osbourne's band, I can honestly say this may have been the best thing to ever happen to Black Label Society. Zakk has been able to fully concentrate on creating and promoting a wonderful, sincere, and well-crafted album with his exceptionally talented bandmates Nick Catanese (rhythm guitar), John DeServio (bass), and Will Hunt (drums). Order of the Black has the potential to be the summer's--or even the year's--best heavy metal album.
Order of the Black has currently been released through E1 Music in the United States, Road Runner Records in Europe, and Riot Entertainment in Austrailia and New Zealand.

Join the BLS Legion Street Team today!
Posted by RockMaidenBritt at 11:30 AM